An adventure in programming and recovery.

blog about me resume portfolio

This past weekend was amazing. We took off after I returned from work on Thursday and drove to Rock Creek Reservoir. We stayed there two nights, went rafting on Friday, and then took off Saturday.

On Saturday we split off from my mother and nephew and went south towards Redmond. Stopping randomly on the side of the road we checked out various places and sites. Once it started to get later we kept an eye out for campsites. We attempted to stay at Riverside Campground, one of the walk-in tent campsites near Camp Sherman. It follows alongside the Metolius River, which is absolutely gorgeous. We unfortunately didn’t take pictures or stay, as the river is fly fishing only. 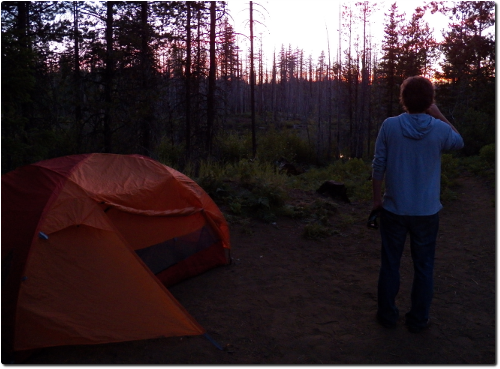 We weren’t disappointed though. We continued along the highway towards Hoodoo and finally turned off a couple of miles prior to the Hoodoo turnoff. We found a snowpark that turns into Mountain Lakes during the summer. We drove around and found a campsite just on the side of Island Lake. We had no idea what it’s name was at the time, but it was definitely worth the exploration it took to find it.

Also, as promised, some pictures from jamming. We picked tons of berries and thus made tons of jam. In this final picture you’ll see our half flat of boysenberries, flat of blueberries and marion berries, two half pints of raspberries from the backyard and the last of some nectarines we had gotten at a local farm stand that were starting to go. That was a long weekend of jam makin’. 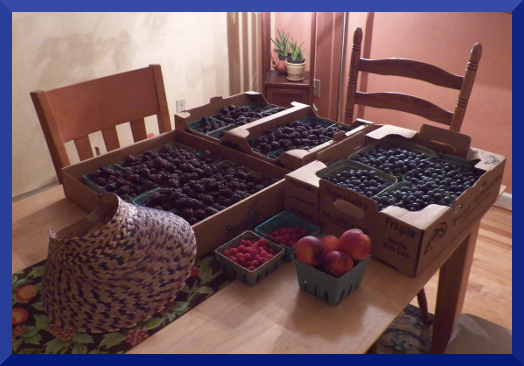 For more pictures just check out my Picasa folder Rafting and Jamming.